As many of you will know by now, I am Captain of an Elegance 76 which is currently resident in Italy.  The first cruise of the year is always a male only affair, close chums of the owner get to do the ‘warm-up’ cruise or in this case, move the boat from her current base to the new one for the forthcoming season.

So it was, at the end of May we set off on the first leg of our journey to relocate from Cala de Medici in Tuscany to Marina d’Arechi, near Salerno, just south of the Bay of Naples and the Amalfi coast.

The weather was perfect, a light breeze and sunny skies with a smattering of fluffy white clouds.  After a winter of fixing bits and bobs, cleaning, servicing and general touching up, which a boat of this vintage requires in spades, this cruise was as much about proving that we’d found all the issues as it was about having a ball sailing down the western side of the boot.

It wasn’t long before we passed our first group of islands and our first notable landmark.  Elba was the place where Napoleon spent 300 days, it’s the 3rd largest island in Italy and today is a tourist hotspot famous for it’s wine production.

As we motored south and Elba came onto our starboard beam, I noticed the sun made the water sparkle and I simply couldn’t resist this picture, shame about the ferry!

36 nautical miles to go to our first stop for the night, which meant 3.6 hours of trundling along at our leisurely pace.  She’s a big old bird and thirsty too if you push her.  We tend to run at about 10 knots which returns a fuel consumption of 65 litres/hour total – comfy and frugal all at the same time.  The other idiosyncrasy of our cruising style is to avoid marinas like the plague.  Every night, if possible, we’ll anchor off in the best bay we can find.  In fact, if there are other boats around, we’ll pass by and find an empty bay all of our own – this is the one we found for our night off Giglio… https://en.wikipedia.org/wiki/Isola_del_Giglio 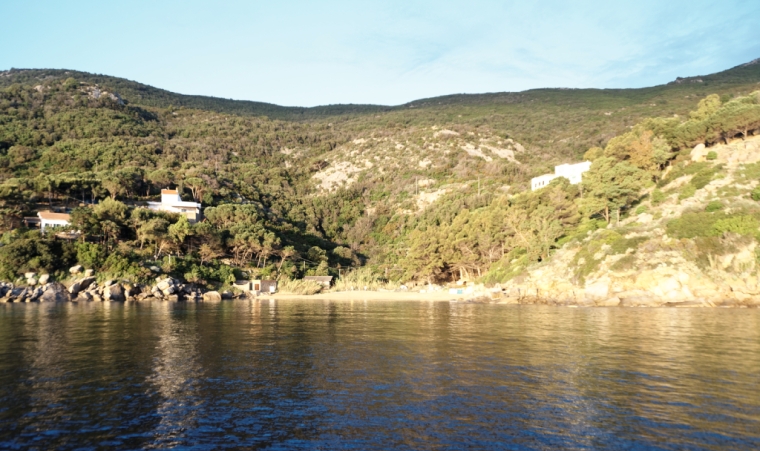 Cala delle Caldane, off the east coast.  Fancy waking up to this view?  Not bad is it?

Day 2 was only a short hop due east to Porto Ercole. Again, the protocol was to anchor off, so with the wind in the south but due to change overnight to a north-easterly we headed into a beach immediately west of Porto Ercole. 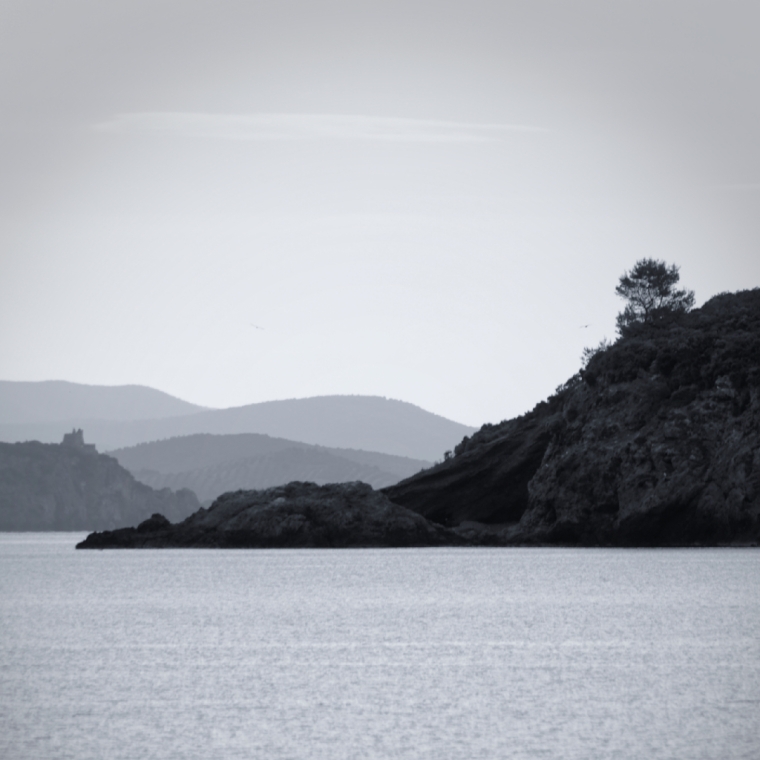 I was up with the birds on the 3rd day.  With a few minutes to myself I had a quiet time watching the world come to life and snapped a couple of shots of the distant mainland hills folded upon each other – this is my favourite and works really well for me in black & white.

Eventually, we were all up and ready to roll, so off we set on our last leg of the first BB cruise to Rome.  This was going to be a long old day but thankfully the sun, as always it seems, was out and the wind was on the port quarter.  This approach to cruising is very relaxing.  I’m so used to whizzing along at 900 mph, that it took me a little while to get my head around going so slowly but once you slow down yourself you soon get into the rhythm of the waves and the slight rolling of the boat.  What was so nice, was the ability to fix a drink or some food and not having to run the risk of throwing it all over yourself every time you hit a wave.  Mind you, by the time Rome came into view the wind had picked up and we entered Porto di Roma with a 6 on our beam.  Thankfully, the berth they’d given us was shielded from the wind by the shipyard and at least 8 very large boats lined up on the hard. making mooring up simplicity itself.

Well, that was it, part 1 of the Big Boy’s Cruise complete.  Let’s move on to Part 2 immediately…

On the 9th of June we set sail for Marina d’Arechi but not before we’d had an evening in Rome – how can you be 45 minutes from the centre of such a famous city without spending some time wandering the streets?  This city is truly amazing, it reeks history.  Everywhere you turn there are historic buildings or what’s left of them and right in the middle is, of course, the Colosseum.  Built nearly 2000 years ago, between 70-80 AD, you just have to admire how smart these guys were.  Apparently, the dust, found under the city and mined to provide the building materials for ancient Rome is a waterproof version of concrete that allowed the Romans to build underwater structures long before anyone else in the world – little wonder the Roman Empire became so vast, so fast. 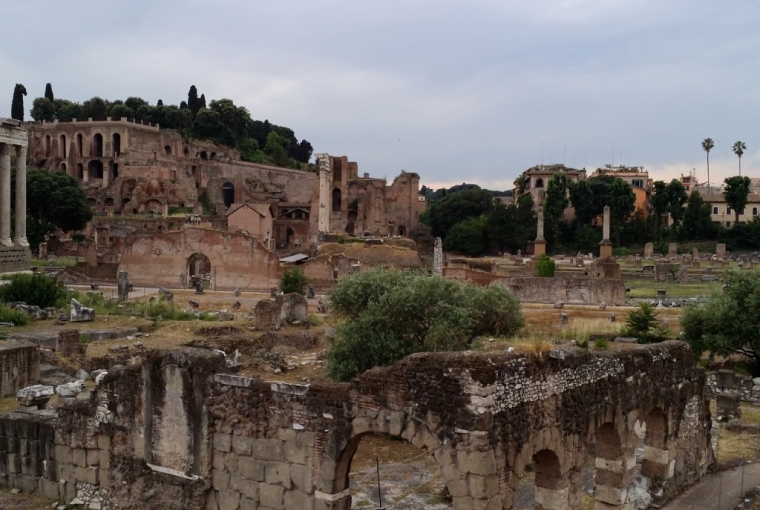 But smart Romans still exist… we found a particularly intelligent girl when we were having dinner.  We’d found a suitable spot to eat in one of the ‘al fresco’ back street eateries and were immediately enthralled with our waitress who spoke excellent English (always a plus in my book) and spouted energy too.  She proffered a few words of wisdom, music to the ears of any mature male, such as myself, with a penchant for good food – apparently, “A man without a stomach is like a sky without stars; so keep your stomach!”

Enough frivolity – back to the cruise!

Anzio was chosen as our first stop on this 2nd leg.  It was a handy couple of hours away – the previous night ensured a late start was inevitable but also because of it’s historical significance (https://en.wikipedia.org/wiki/Battle_of_Anzio).  As it happens, there was nothing to write home about when we arrived at Anzio.  We anchored just off the main beach and spent a calm night on the hook.  On the plus side, the food that evening was glorious and we did have a couple of shots of Limoncello to finish the evening off!

Ponza was much prettier!  The next morning we set off for our half way point.  Ponza is part of a group of islands that are the last remains of a caldera rim of an extinct volcano.  Whatever it is, the bay we ended up in was lovely and the water so inviting that we simply had to get the diving gear out! 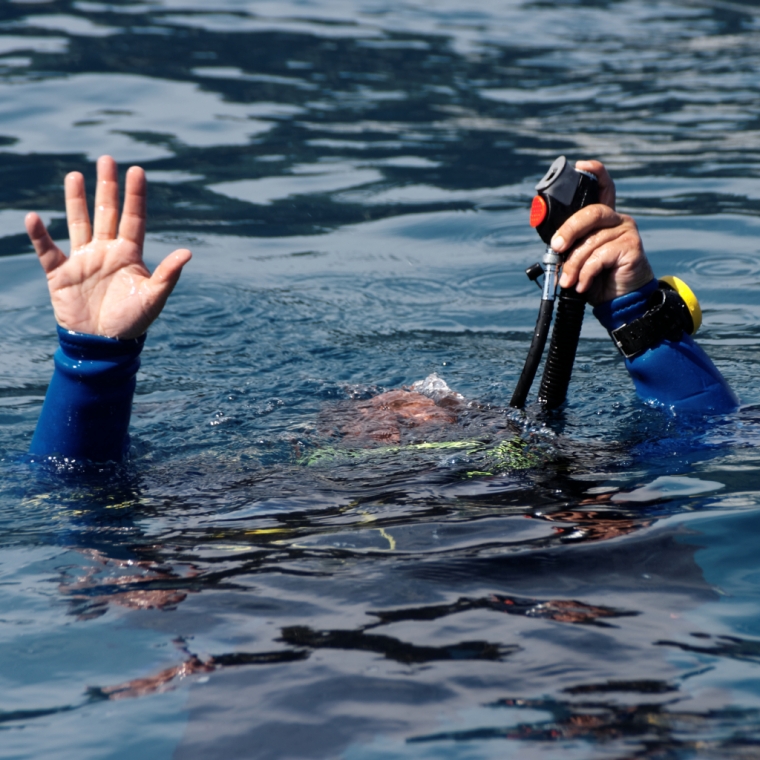 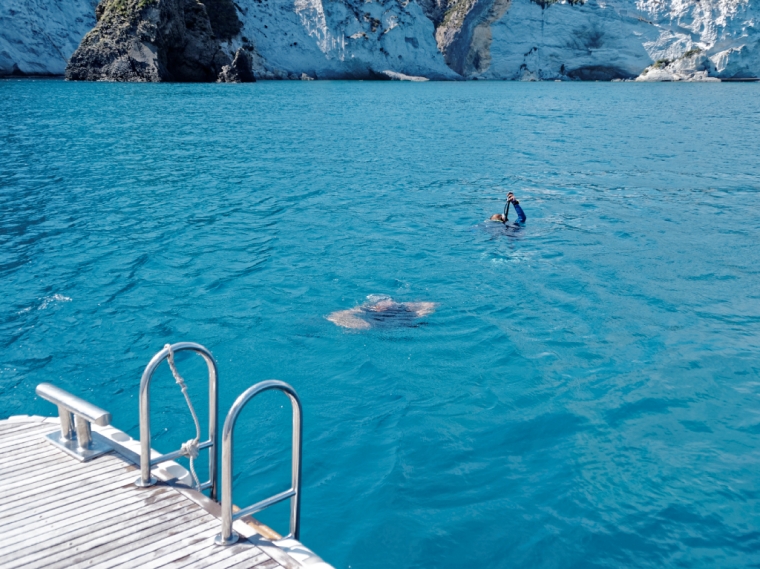 And finally to our last day and it turned out to be another long one.  We left Ponza at 8am, took a last look behind us… 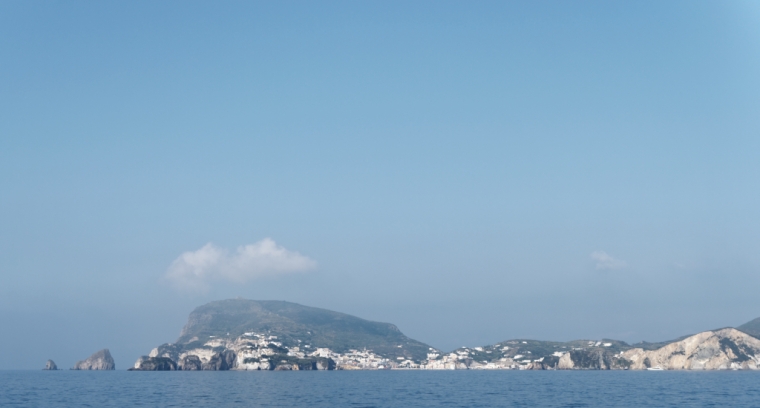 … pointed the boat at Capri and settled in for a 10 hour trip to Marina d’Arechi.  This wasn’t exactly what we’d intended to do.  The intention was to spend a night in Capri but on arriving at the chaos and madness that was taking place just outside the harbour we decided discretion was the way forward, turned east and sailed on. 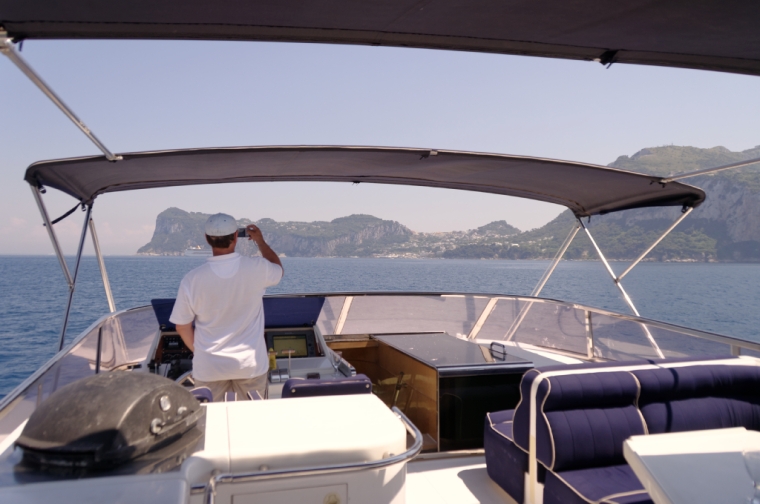 Ischia, Capri and the Amalfi coast should definitely be on your ‘bucket list’ but be warned, they are overcrowded and over-priced.  I have since been told that a boat was recently charged €1500 for a one night stay in Capri harbour.  This news made me wonder two things – how long was this ‘boat’ and how did they manage to find a place?

Despite what I’ve just written, the Amalfi coast, like all coastlines worldwide, looks amazing from the sea.  The sheer cliffs, speckled with houses and villages was a sight to behold.  As we cruised past, silence fell amongst us and all that could be heard was the clicking of shutters as we took picture after picture.  I’ve put a few of my favourites below: 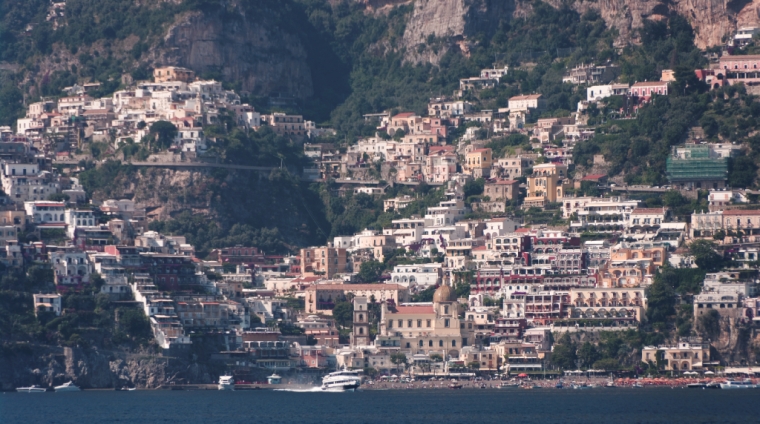 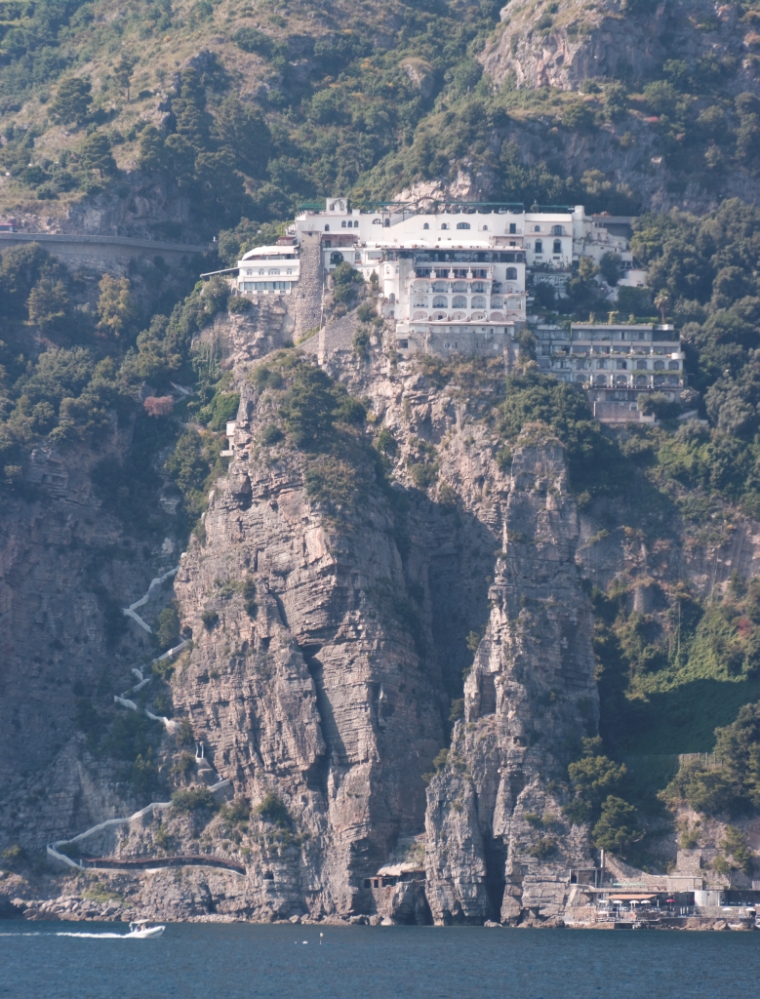 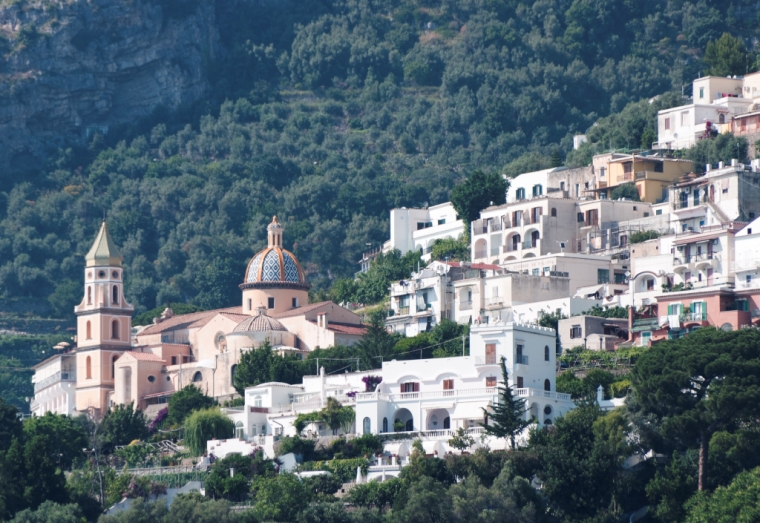 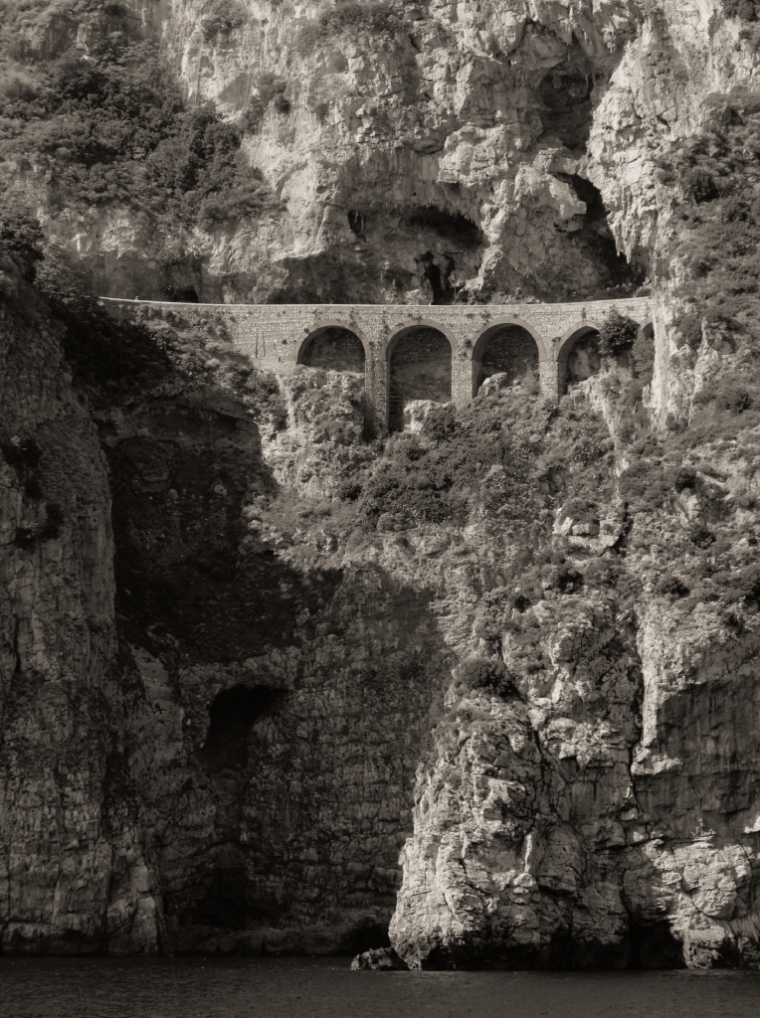 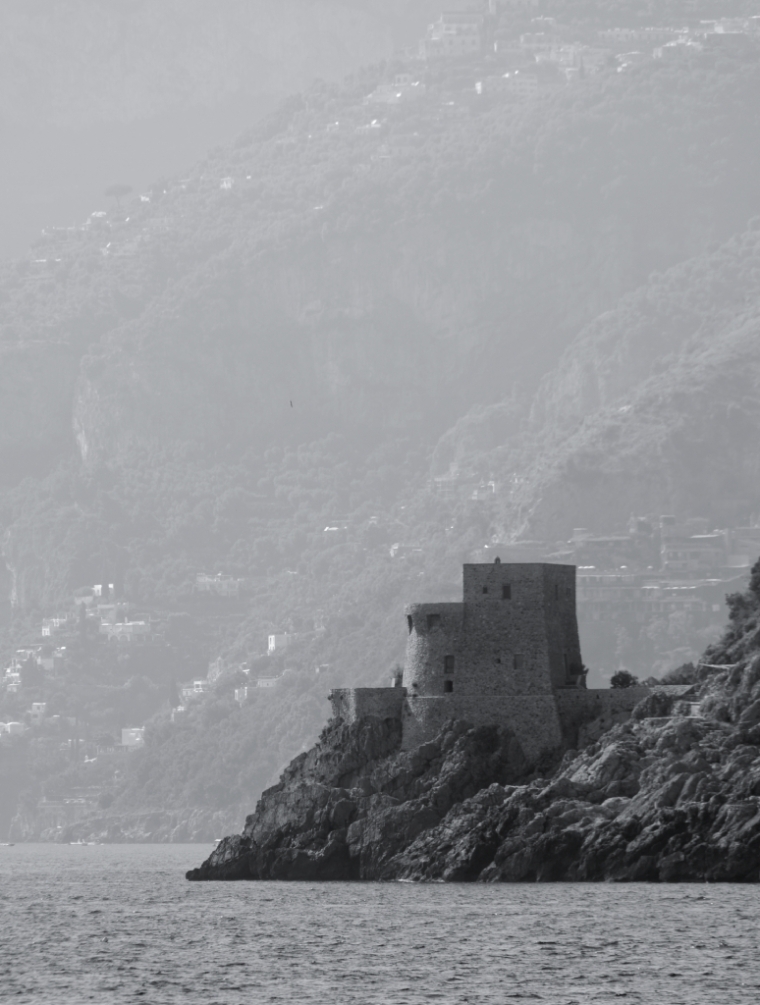 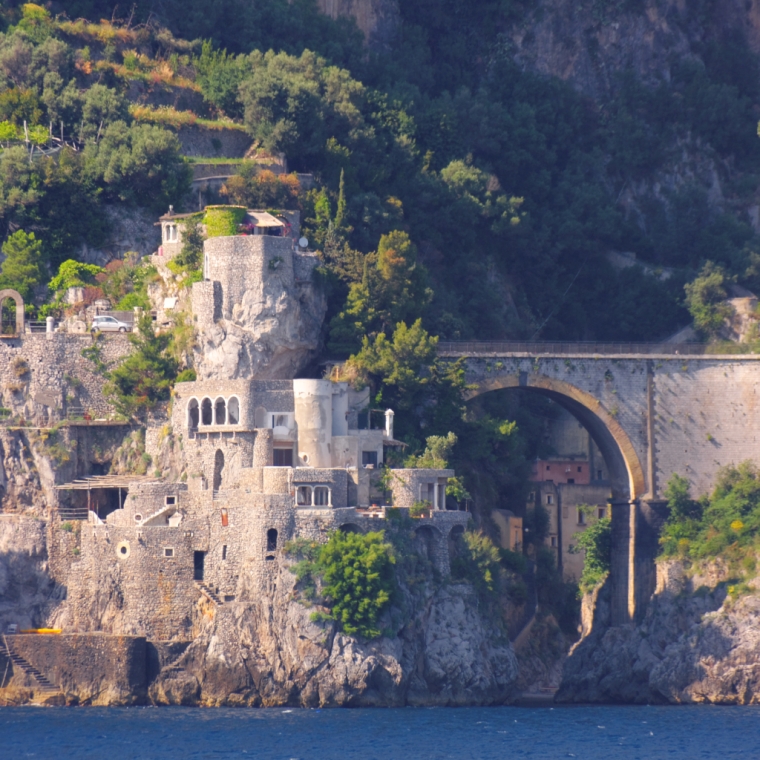 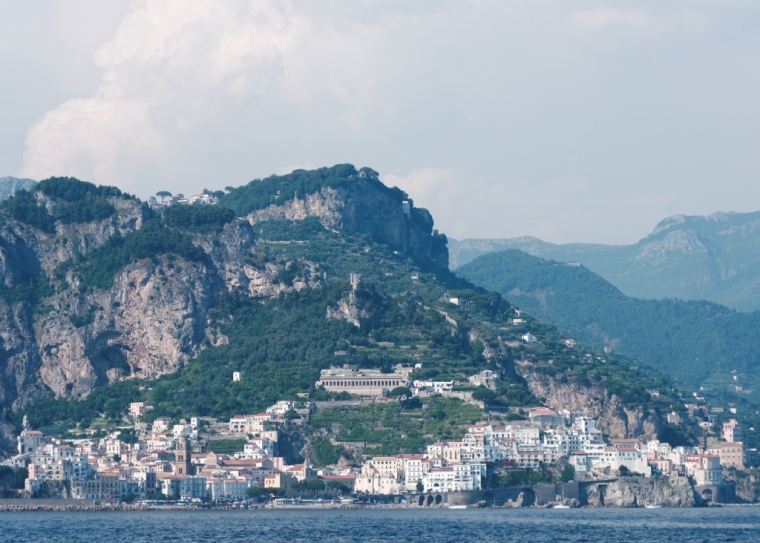 An hour later and we entered the marina and were shown to our new berth.  What a trip!  Cruising around here is going to be brilliant.  Even better than you might imagine though, as we have subsequently found out that south of Salerno is an area unspoilt by tourism, supremely pretty and dubbed by the locals as the Italian Caribbean – can’t wait to see if it lives up to the claims…

One last shot I reckon – the following morning and the view as I had my early breakfast before everyone else got up! 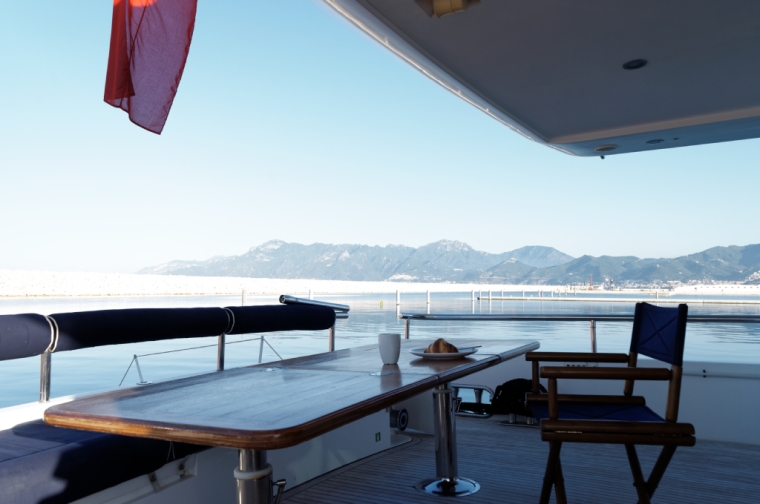 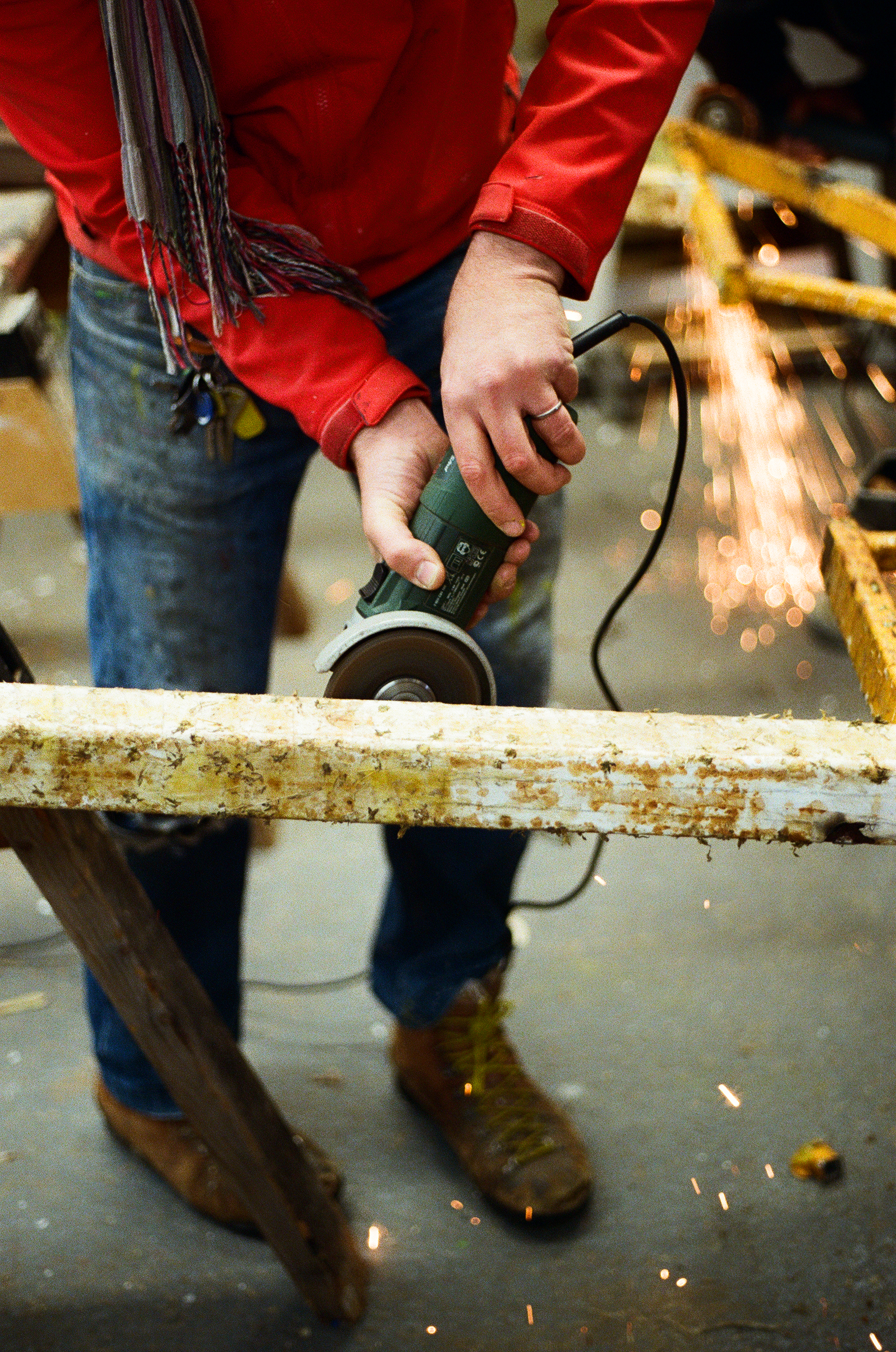